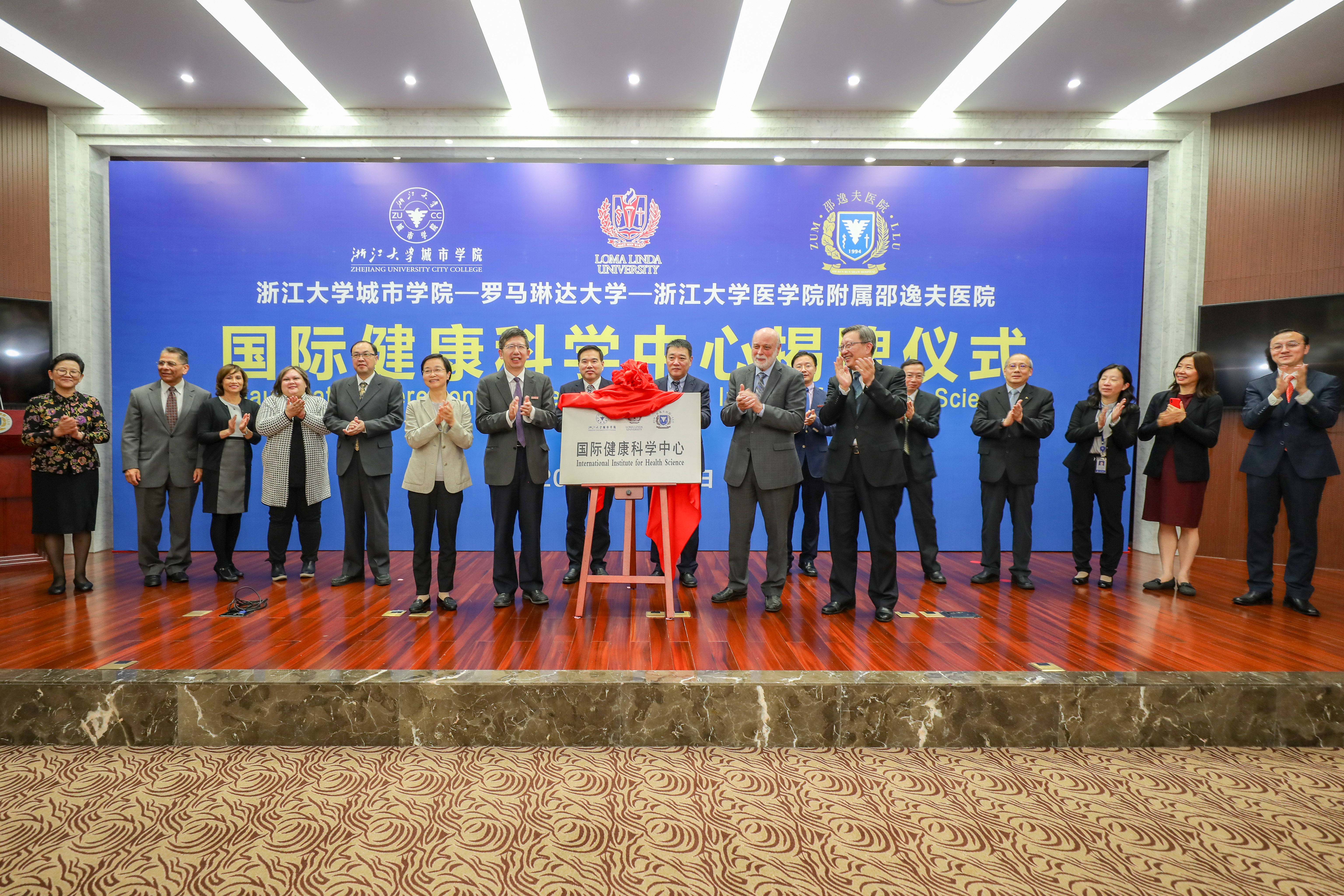 Over the past two years, these partners have collaborated to develop new academic curricula, recruit students and design classrooms and laboratories on the campus of ZUCC.

ZUCC’s School of Medicine will offer medical and nursing students additional education in dental hygiene and respiratory therapy, which will be embedded into the university’s bachelor of science degree academic programs. Classes are slated to begin in the fall of 2020.

“We chose to partner with Loma Linda University Health because of its worldwide reputation as an innovative and compassionate healthcare educator and provider,” said Wei Wei, PhD, ZUCC president. “They are committed to the development of a new kind of health professional — one who models values of justice, compassion, humility, integrity, excellence, freedom and self-control.”

Wei said ZUCC will be the first university in China to offer an academic program in dental hygiene.

The Chinese federal government recently released a series of health policies for a national initiative called “Healthy China 2030” — a strategic plan to boost the overall health of its people over the next 11 years.

The blueprint for this campaign lists five specific targets, which include efforts to invest in and ensure long-term oral health in China. With these policies, the government is seeking to shift the paradigm of a treatment-centered oral healthcare model to prevention-oriented management of oral diseases.

Although respiratory therapy has been established as a profession in the United States for nearly 75 years, Wei said it has only been acknowledged as a medical occupation in China within the last 10.

China has seen a rise in pulmonary diseases such as lung cancer and asthma over the past 15 years, in part due to long-term hazardous air pollution exposure, according to China Daily.

ZUCC was founded in 1999 by Zhejiang University and Hangzhou Municipal People’s government. Regarded as a world-class international university, composed of nearly 12,000 students, it offers undergraduate and graduate degrees from nine schools:

“We are beginning a new partnership that aims to impact education and healthcare across all of China,” said Richard H. Hart, MD, DrPH, president of Loma Linda University Health.